According to Michal Levy Goethe once said (or wrote, for that matter) “Architecture is crystallized music“. So she took John Coltrane‘s jazz piece “Giant steps” and created an astonishing animation to visualize the tune with abstract architectural shapes.

The work is not exactly brand new, she did it as her graduation project for the visual communication department of the “Belazel Academy of Art and Design” (Jerusalem) in 2001 but I came across her homepage today and thought I’d better blog this 😉

So watch the movie here (2:15 min.), make sure you have your sound up and running and probably bring a little patience as well, the file is 4.8MB and might take a couple of seconds to load (depending on your internet connection of course).

It is wonderful, is it not?

Art on the internet often is a mere reproduction of offline art (pictures, videos, audio and combinations thereof) — that is different with this (mildly) interactive project by Nikolas Baumgarten, a young german graphics design student.

His homepage is a nightmare but with “Zoomquilt” he created a rather unique piece of art. While the idea itself is not new at all (I even vaguely remember having seen somthing similar before) this one is very nicely done.

According to his homepage the work is to be found at www.zoomquilt.org but there seem to be technical problems with the links on this page.

Have a look at it eBaum’s World instead. Although we hate eBaum’s World. But this is gonna cost their bandwidth, so I guess it’s ok. Just don’t click anything else.

Done! A friend* had this Dita von Teese picture printed on some professional heavy duty plastic mesh stuff for us and it took us roughly three month to get her up there.

The picture itself is cropped out of some other (not even high resolution) Dita picture, I did that just for fun while playing around with the Rasterbator (a software to create huge, rasterized images from any picture) and we ended up taking the very first version for the final print.

First we had to figure out how to best attach this beauty to our kitchen wall: we finally decided to build a wooden frame (3m by 1.5m!!) with three vertical bars, cover this frame with 8mm chipboard (that’s not as thick as it sounds by far!) and paint it white. Arrange the picture. Staple gun. Attach to wall. Done.

Well, almost. It was quite an effort to get everything crinkle-free but it worked out very nicely. Just look at the sheer size, I left the door and the table so you get an idea of the scales.

Now there she is, giant size Dita on our kitchen wall (here is a high-resolution version of the picture above) 😉

* Update: ‘a friend’ complained about not being mentioned personally. So here goes the privacy: Specials thanks go to Felizitas ‘Fee’ for the professional print! Fee: and now I want your comment below 😉

A site listing “free wallpaper collections” recently made it into the top digg-stats (actually into the ‘design category’ which is on the sidebar here as well) — so I thought I’d post a follow-up here as well. While I personally still favour InterfaceLIFT (very high resolution AND widescreen images) here’s two other sites worth browsing:

… there’s a man staring at her ass?

Well … most of you will have seen the ‘Birth of Sean Preston’ sculpture showing Britney Spears on a bearskin. While I exceptionally despise her music I found that I somewhat like this sculpture or rather the fact that she had Daniel Edwards make it. He called it “Monument to Pro-Life: The Birth of Sean Preston“.

This statue is (or has been) shown at the Capla Kesting Fine Art Gallery in Brooklyn, New York — now as the average american is shocked by a baby magazine showing a breastfeeding mother I can vividly imagine their reaction to this sculpture.

END_OF_DOCUMENT_TOKEN_TO_BE_REPLACED 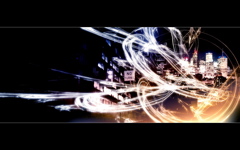 Anyway, there is a sweet collection of high-resolution wallpapers over at InterfaceLIFT. Most of them come in widescreen versions as well, no pop-ups, no registration, no hassles. Enjoy! 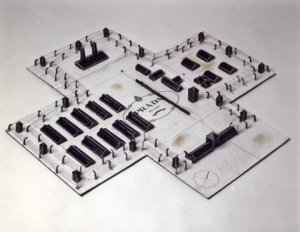 Someone recently wrote “Tom Sachs is so nineties…” — and that might be true but nevertheless, some of his works are … well … weird, to say the least. Have a look at the movies as well!